Places to Visit
In the Calendar 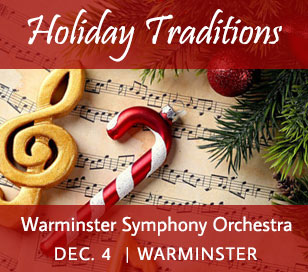 Our beloved Philadelphia Eagles showed the world that they are the best “Underdogs” around by becoming Top Dogs in the NFL! At Roxy Therapy Dogs, we are giving you an opportunity to become a Top Dog, too! Donations made between April 11 and May 6 will earn you a chance to win one of two signed Eagles footballs (one signed by . . .

READ MORE
Habitat for Humanity of Bucks County and Lowe's are calling for women across Bucks County to get involved in their community during National Women Build Week 2018
More than 18,000 women construction volunteers unite nationwide to build up their communities with Habitat homeowners
Author: Colleen Brink, c.brink@habitatbucks.org, 215-822-2812 x302

For the 11th year, Habitat for Humanity and Lowe's are engaging women nationwide to work together to build Habitat homes during this year's National Women Build Week from May 5-13. In preparation for the build week, Habitat Bucks and Lowe's are asking women to get involved by signing up to volunteer and build. "We're excited to partner . . .

The Newtown Library Company has officially opened registration for their annual Amazing Race competition. In the Newtown Edition of the Amazing Race, teams of family and friends embark on an adventure through the Newtown Borough in a race to find clues at a variety of . . .

READ MORE
Local Schools Introduce Creative Planet Protection Leading into Summer
Author: Liz Kobak, lizkobak@gmail.com, 215-355-4373
How much does it mean for Americans to participate in protecting their planet? There’s a Parisian . . .

READ MORE
WILD ORPHANS: TO RESCUE OR NOT?

In the spring, all wildlife species are searching for a place to nest and give birth to their young.  If you think you have wildlife living in your attic, crawlspace, under your deck, in your shed or other out-building this spring or summer, it is almost certainly a mother with her young. Across the United States and in other countries . . .